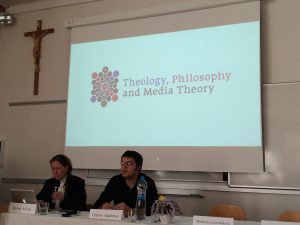 “Religion”, “technology” and “language” are certainly all suitable candidates for being considered the most foundational domain of the human phenomenon. While many would argue in favour of language as it is the domain most likely to fulfil the role of a ubiquitous medium, some may justifiably object that, along with the techné of writing, spoken language is also a kind of techné imposed on the organs of the human body with a sophisticated artificiality and astounding precision. And while we all know that there are things called “computer languages” and that “communication technologies” are redefining our social life, it is the technical dimension of these developments that impresses us rather than the linguistic. At the same time, however, it would be equally reasonable to make a case for religion as the most comprehensive framework for explaining the world, in that it is able to disclose and reveal the way language unfolds and technology operates.

These three domains form a unique constellation in a remarkable interpretive practice within Judaism which embraces a theology of divine names as a major point of orientation. Such practice constitutes an essential part of the Jewish Kabbalah (and its somewhat tendentious counterpart, the Christian Kabbalah) whose long history yielded illuminating developments like the curious reading of scriptural texts as sequences of characters and the related idea that the whole of the Torah is a single divine Name. Accordingly, the Kabbalistic view of language may be regarded as a kind of celebration of the techné of the Hebrew alphabet and, by extension, the phonetic alphabet in general. What is more, it appears to celebrate an even more ancient techné of language, that is, the techné of phonemes, which can be traced much farther back than the actual invention of the phonetic alphabet and phonetic writing.

Might there be an underlying technical operation in language which may condition and enable what makes language as such, what brings language into its own: “dialogue”, “understanding”, “meaningfulness”? To what extent can language be viewed as a techné? What is the significance of the fact that such a view of language emerges in a religious perspective, especially in a world that is ever more dominated by technological systems and seems ever more distant from God? In our current circumstance, can theology benefit from this way of looking at language and technology? Is it not the case that, among the divine names, what distinguishes the supreme Name of God, the Tetragrammaton, is God’s historical revelation to Moses as well as millennia of Jewish and Christian prayer to God? Can the Name ever disintegrate into a sequence of silent cyphers, below or beyond meaningfulness?

Poetic theology in an age of technology: after Heidegger

Naming God and the Techné of Language: can we name God wrongly?

Conclusions and Next Steps 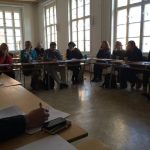 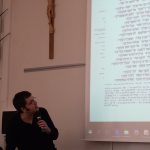 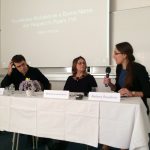 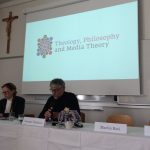