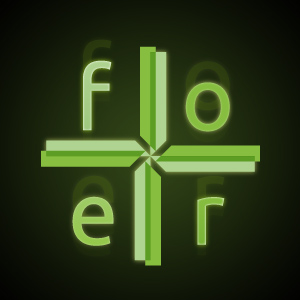 It would be difficult to overestimate the extent to which the contemporary information revolution is transforming society and every aspect of human existence. No matter which field we consider, governance, economy, finance, medicine, science, or education, the exponential growth in the production, exchange and availability of information has fundamentally changed the way we see ourselves and the world. And the concept of information seems to be intricately bound with the notions of network and communication, as it has become plausible to view the world as a vast information process within an astonishing number of connections. Indeed, what we have here may justifiably be termed a metaphysics of information.

Such metaphysics leaves us puzzled when confronted with the question about the place and role of human beings in it. Provided that such a view of the world is correct, are human beings not entirely deluded when they understand themselves as lords of information and communication technologies (ICTs) as servants? Do they not represent a mere intermediate phase in the world’s information process? And even if their claim to lordship makes any sense, are they not sidelined to the periphery by ICTs, fully dependent on and, as it were, enslaved by their own servants? However adequate these questions may be, there certainly is at least one aspect in the human phenomenon which may induce some hesitation before embracing the metaphysics of information. For the vast cosmos of information includes human beings as language-using animals, and the world’s natural languages imply a variety of properties that ICTs cannot render: ambiguity, irony, playfulness, figurative nature and, no doubt, also a great deal of truthfulness that goes beyond the representation of facts. And there is no denying that these properties (underpinning aesthetics and morality) pose a tough challenge for the holy grail of ICTs, artificial intelligence research. One can even indulge in the somewhat fanciful idea that the rationale of the globe’s technical apparatus is to serve us, to liberate human beings for dedicating themselves to language. However, natural languages are very far from being clear-cut alternatives to digital information. It is a fact that the vast majority of today’s language-based communication between human beings is mediated and influenced by ICTs. And there is a considerable overlapping between language and information, language and writing being the most ancient information technologies. Indeed, just as technology as a whole developed from being a medium between human beings and nature to becoming a comprehensive environment, so the original medium of language has, to a substantial degree, given rise to ICTs as “third-order technologies” (Luciano Floridi) with a tendency to leave human beings “off the loop” and define the whole of reality.

The field where this conflict and correspondence between information and language plays out in the most striking way might be theology. For there is an age-old conflict and correspondence between an anthropomorphic biblical God revealed in language and history, and a metaphysical God without human face who is closer to something like an “impersonal operation”, in agreement with our anthropological bias toward, or even fascination with, data, numbers and mathematics. God revealed and God inferred, while maintaining their tension, have provided a reciprocal inspiration throughout the history of Christian theology. In the same vein, our seminar aims to ask, in a theological foray into metaphysics, whether the concept of information, and its complex relation to the idea of language, may open a new chapter in that history.

Medium through Medium: Information and Language in the Play of Biblical Revelation